GOOGLE HOME OR AMAZON ECHO? MAYBE NEITHER (AND SORT OF BOTH) 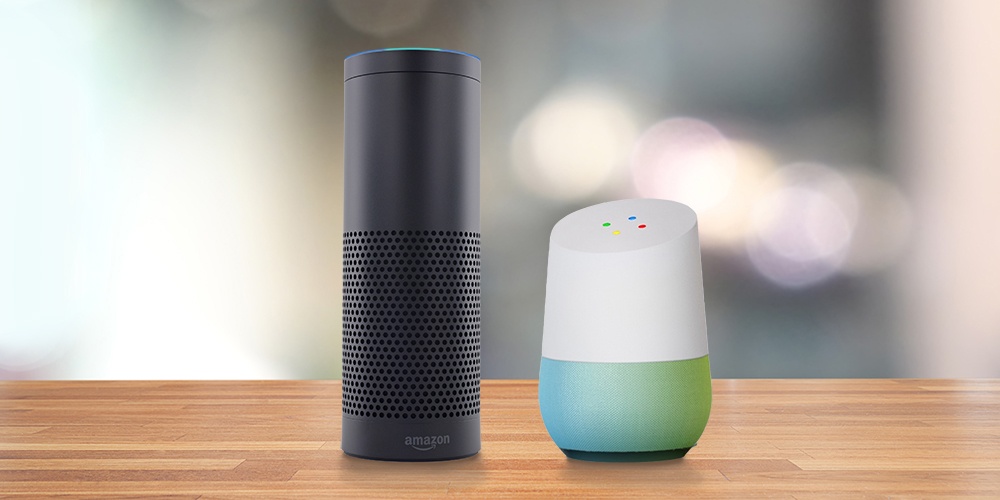 The landscape of virtual assistants is currently relatively small. You basically have two choices: Google Home and Amazon Echo. Both are pretty amazing little gadgets, providing users with a ton of features, most of which can be done on both. But there are certain limitations. Let’s say you subscribe to Apple Music – you won’t be able to ask either device to play from it. Or let’s say you buy a Google Home, assuming it’s the best option because you’re a die hard Android user. Cool, great, everything works. But you also have Amazon Prime and love watching The Man in the High Castle – don’t ask your Google Home to play it for you, it won’t know what you’re talking about.

These days, we’re pretty used to scenarios such as these. The big companies want us to exclusively use their subscription based products with their physical devices. In a perfect world, we’d have no need to to buy both Prime Video and Google Music. Except there are pros and cons to every product, so we do, in fact, buy both. The same goes for services like Netflix and Hulu. There will always be reasons to subscribe to multiple streaming services.

And Apple isn’t going to solve this problem, regardless of how good or bad their upcoming AI Assistant may be. Apple is going to force you to ask for songs from Apple Music and video content from iTunes. Sure, like Google Home and Amazon Echo, they’ll likely allow you to utilize Netflix, Hulu, Pandora, and Spotify, but the challenges for consumers will remain the same.

Not willing to do that? Me neither.

Luckily, Sonos, the high end speaker maker, may be working on a solution. Their new CEO, Patrick Spence, recognized in a company memo that “what got us here won’t alone get us through the next phase.” By this, Spence means that he plans to take the next step in creating a virtual assistant – designing a high end Hi-Fi speaker that also utilizes AI technology.

Rather than creating a proprietary virtual assistant, Spence envisions a device that utilizes multiple assistants from existing players in the space – Google and Amazon (they’re already working with Amazon), as well as future players, like Apple and Microsoft.

In an interview with The Verge, when asked if he really thinks Sonos can stay “agnostic”coming battle of who’s going to be the main assistant in homes Spence states:

Look, if you’re Amazon, you know you need to be on as many devices as possible to get the orders, right? As you think about what the prime motivation is. For Google, if you’re not on every device so that you can be for the search opportunity, that’s a huge miss. If you think about the people that have Sonos today, that’s why it was interesting to Apple Music, that’s why I believe it’s interesting to every voice service that’s out there.”

This should be very exciting for anyone interested in virtual assistants and AI tech. It sounds like Spence genuinely understands the current challenges consumers are faced with when selecting a virtual assistant. While it make take some time for Sonos to produce such a device, it could be the perfect marriage of high end speakers and all of the streaming services available.

“If I want to ask Google a question and my wife wants to ask Alexa a question, we should be able to do that. That’s what we want to pull off.” Spence says.

Perfect, Mr. Spence. Consider this AI enthusiast in line for such a device once it’s available.